A Hero For The Planet 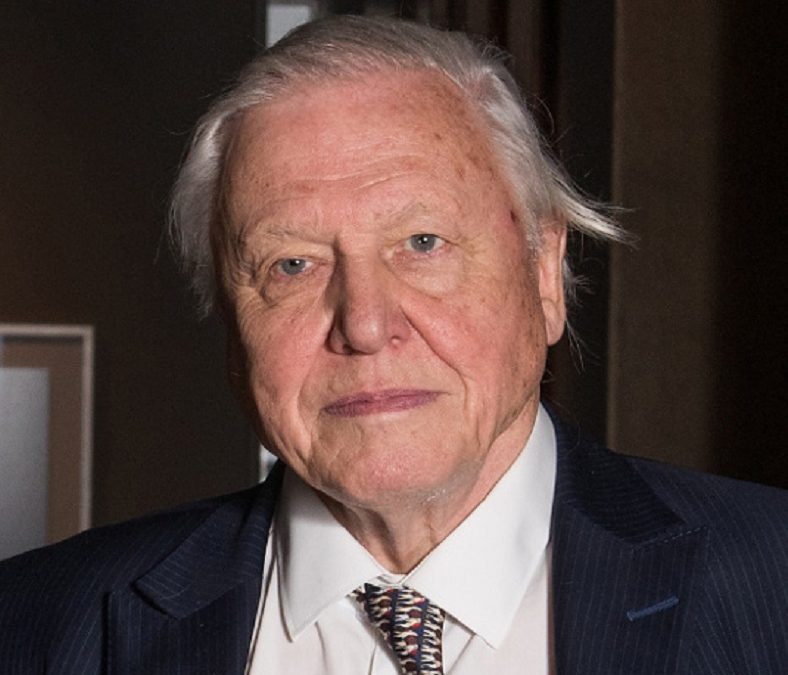 Sir David Attenborough–what do you think of when you hear his name? Most of us know him as the narrator of programs such as Life On Earth (1979), The Living Planet (1984), Blue Planet (2001), Planet Earth (2007), and many more. Sir David’s IMDB page is impressive, with over 300 listings of productions he has written and narrated. And his popularity spans generations– On September 24, 2020, Sir David broke the Guinness World Record for attracting 1 million followers just four hours and 44 minutes after he joined Instagram, beating the previous record holder, Jennifer Aniston, by over 30 minutes.

Throughout his media career runs the common thread of a love for Planet Earth–its people, animals, plants, ecosystems. He is also aware that he is a major influencer of public opinion–in 2005, The Times of London described him as the “most trusted man in Britain”–so he was reluctant to propose any opinions not thoroughly grounded in fact. He was skeptical of the role of humans in climate change until 2004, when he attended a lecture by American scientist Ralph Cicerone. In 2006 he said, “I was sceptical about climate change. I was cautious about crying wolf…But I’m no longer sceptical. Now I do not have any doubt at all. I think climate change is the major challenge facing the world. I have waited until the proof was conclusive that it was humanity changing the climate.” That year, he produced a two-week series, “Are We Changing Planet Earth?” (watch part 2, here: https://www.youtube.com/watch?v=HK47Pnx46rM&t=3s)

In 2020, Sir David produced a Netflix documentary, “A Life On Our Planet”, that opens with his warning that “..The natural world is fading. The evidence is all around. It’s happened in my lifetime. I’ve seen it with my own eyes. This film is my witness statement and my vision for the future, the story of how we came to make this our greatest mistake, and how, if we act now, we can yet put it right.”

In spite of what he has learned about humanity’s impact on climate change, Sir David remains hopeful. Addressing the 2021 United Nations Climate Change Conference, he stated that humans were “the greatest problem solvers to have ever existed on Earth” and spoke of his optimism for the future, finishing by saying “In my lifetime I’ve witnessed a terrible decline. In yours, you could and should witness a wonderful recovery.”