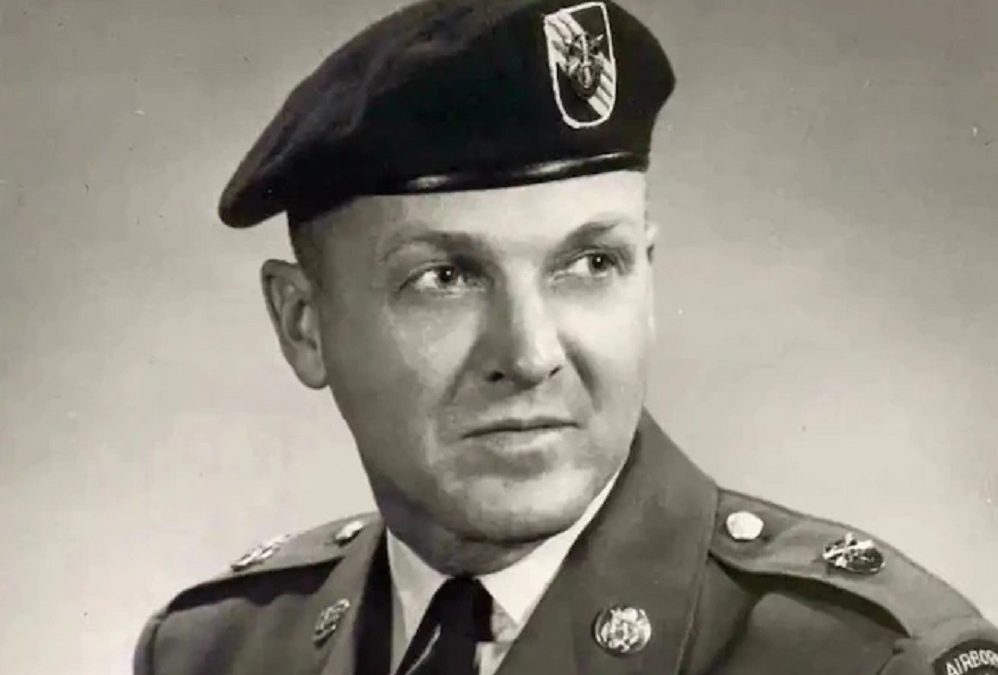 He ran away from home at age 16 to join Canada’s famous “Black Watch” Regiment in Montreal, so he could fight in World War II. When his age was eventually discovered, the Canadians sent him back home to New Jersey!

Hosking would go on to join the newly-formed Special Forces in 1963, becoming one of the first Green Berets. Earning the nickname “Snake” for

his ability to sneak in and out of places, he was a legend within the Special Forces. Because of his military experience, and his ability to speak Vietnamese, Hosking was assigned as adviser for the III Corps Civilian Irregular Defense Group Reaction Battalion, a group of South Vietnamese locals who were trained to fight by the Green Berets to react to increasing attacks by the Viet Cong.

In March, 1967, Hosking and a group of South Vietnamese and American soldiers captured a Viet Cong sniper.  The man grabbed a grenade from Hoskings’ belt and ran toward the nearby company command group. Hosking knew the man’s intent, so he tackled him, wrestled him to the ground, then covered the man’s body with his own until the grenade detonated. Both men died instantly.

Hosking was awarded the Medal of Honor for his bravery and self-sacrifice.  On May 23, 1969, President Richard M. Nixon placed the medal around the neck of Hosking’s 8-year-old son, Wesley.  Today, a memorial to Hosking stands in his home town of Ridgewood, New Jersey.