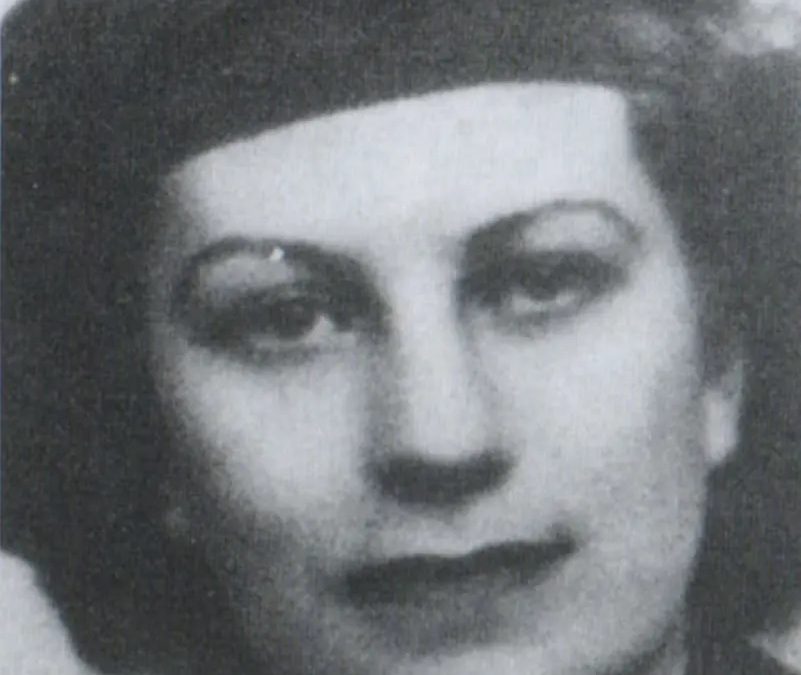 Neighbors in the British seaside town of Torquay described her as a very private woman who loved her cats. The frail, 89 year old woman who had no known relatives was destined for a pauper’s grave. Then, police looked through her possessions and found old French currency, correspondence written in French, and her medals, including the Croix de Guerre.

Eileen “Didi” Nearne, 22 years old, landed in occupied France in the middle of a cold March night in 1944.  Trained by the British Special Operations Executive (Churchill’s “Secret Army”) in radio operations, she handled messages about landing grounds for arms for SOE’s “Musician” and “Farmer” circuits.

It was a dangerous time; the German Gestapo knew about the clandestine operations, and had infiltrated many of the spy networks and executed others in Nearne’s network. “There were Gestapo in plain clothes everywhere. I always looked at my reflection in the shop windows to see if I was being followed,” she told an interviewer shortly after the war.

The Gestapo caught up with Nearne in July 1944. They traced her transmissions to her Paris hideout and arrived moments after she had completed a transmission. She was sent to the Ravensbruck concentration camp, where she was beaten and submerged naked in ice cold water until she nearly drowned. She gave up no information, insisting that she was a gullible French girl who had been sending correspondence for a local businessman.  She eventually escaped while being transferred between labor camps.

Nearne did not adjust well to civilian life after the war. She kept to herself and, unlike several other former SOE agents, spoke very little about her service in the war. “It was a life in the shadows, but I was suited for it. I could be hard and secret. I could be lonely. I could be independent. But I wasn’t bored. I liked the work. After the war, I missed it,” she said in a rare interview in 1997, wearing a wig and speaking only French to conceal her identity.