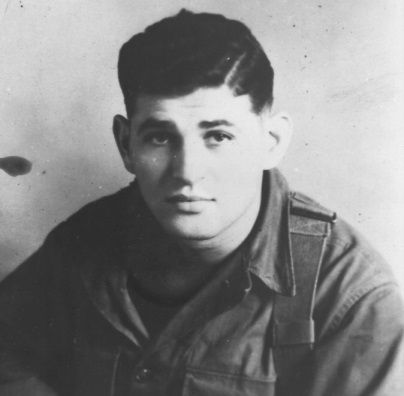 He survived a Nazi concentration camp and a Chinese prison camp and single-handedly defended a hill against a North Korean assault in order to allow his fellow soldiers to retreat to safety.

Born to Jewish parents in Hungary, Tibor Rubin was sent to Mauthausen concentration camp when he was 14. Liberated by the US Army in 1945, Rubin vowed to repay the country that liberated him.  He emigrated alone to the U.S. when he was 19, and enlisted in the U.S. Army.  He was still a Hungarian citizen when he found himself on the front lines in Korea.

Rubin’s superior was an anti-semitic sergeant who routinely gave him the most dangerous assignments. One assignment required Rubin to defend a hill solo for 24 hours, holding off North Korean forces. Several officers recommended him for the Medal of Honor, but his sergeant refused to put the paperwork in. Affidavits from men in his unit swore that the sergeant was purposefully trying to get Rubin killed and denied numerous recommendations for the Medal of Honor and other valor awards due to Rubin’s religion. Ironically, Rubin’s religion motivated him to care for his fellow soldiers when no one else would.

Rubin and other survivors in his unit were captured and imprisoned by the Chinese in the fall of 1950.  His comrades, many of them suffering from injuries, were demoralized. But Rubin knew the drill–he had already survived a concentration camp. “The Chinese treated us better than the Nazis,” he said later. Rubin repeatedly snuck out in the middle of the night to raid Chinese supplies, bringing food to his fellow prisoners. Performing “mitzvahs,” or good deeds, was important to him.  He knew he would be shot if the Chinese discovered what he was up to. Rubin is credited with keeping more than 40 American prisoners alive. Learning that Rubin was actually a Hungarian citizen, the Chinese offered to free him and return him to Hungary. Rubin refused.

Rubin became a U.S. citizen in 1953.  In 2002, under the National Defense Authorization Act, Rubin’s record was reviewed. In 2005 Rubin belatedly received the Medal of Honor.

Read this digital graphic novel from the Association of the United States Army: Medal of Honor: Tibor Rubin