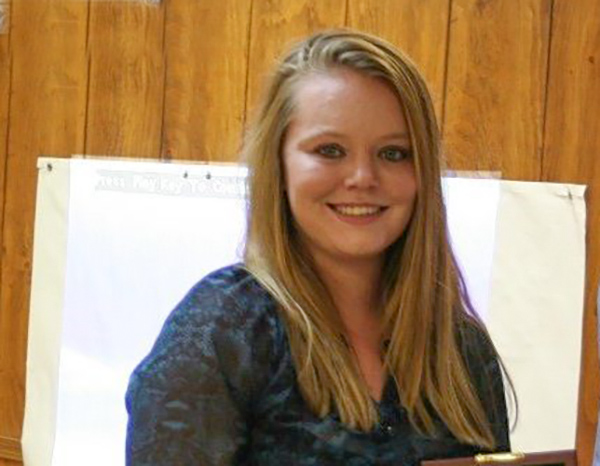 On a September morning in 2015, 19-year-old Ashley Aldridge was working in her kitchen when she heard faint cries for help. She looked out her window and saw a man in a wheelchair, sitting on a railroad crossing down the street. A 75-year-old man’s  wheelchair had become caught on the tracks.

Aldridge ran out the door to help. As she approached the crossing, the gates went down, red lights flashed, and the crossing bell rang with a warning…a train was coming fast. She reached the man as the train approached at 78 mph, only 1/2 mile away. She had less than 20 seconds to act.

Aldridge tried to lift the wheelchair but it wouldn’t budge. Thinking fast, and likely powered by adrenaline, she grasped the man under his arms, lifted him from the wheelchair, and dragged him off the tracks. Within seconds, the train hit the wheelchair and crushed it. But Aldridge and the man were safe. Speaking to the Chicago Tribune, she said “His back wheels were stuck on the track. They weren’t coming out. I tried lifting the chair, but that didn’t work. Then I looked over and the train was right there. I was like, I’m going to keep trying. I tried again and I ended up lifting him just enough that I could tilt the wheelchair back and then I started pulling him. Just as I pulled him back, the train hit his wheelchair.”