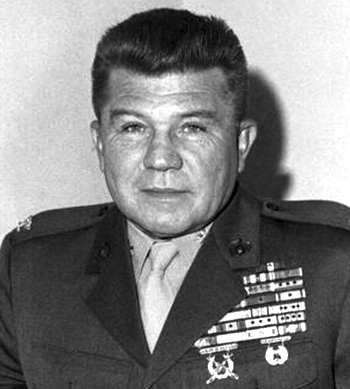 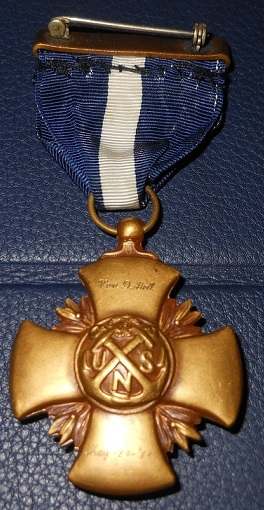 UN and American forces have launched a counteroffensive to push Chinese and North Korean forces north, away from strategic locations in Gangwon Province.  The terrain is extremely rugged–ridges and narrow valleys with few roads at the time. The 1st Marine Division is tasked with clearing out enemy positions in the the area.

First Lieutenant Bell’s platoon suddenly comes under withering fire from an enemy position on the ridgeline. His platoon leader and several men are casualties, so Bell acts quickly. Under continuing enemy fire, he reorganizes the platoon and spearheads an attack to take out 3 enemy bunkers. Approaching a 4th bunker, Bell is blown from his feet and wounded by a grenade. Getting to his feet, and despite partial blindness from severe facial wounds, Bell leads a final charge to take the take out the bunker and secure the ridge. Refusing medical attention, he pursues the enemy and directs machine gun fire on remaining hostile positions, sustaining an additional leg wound. Only after their position is secured does Bell accept medical attention.  For this action, Bell will be awarded the Navy Cross.

Colonel Bell served in the Marines for 39 years. He fought in 3 wars for the United States. As Master Sergeant, Bell participated in the battles of Guadalcanal, Bougainville, Guam and Okinawa in WWII.  In Korea, Lt. Bell was awarded his first Silver Star for carrying a wounded Marine 400 yards to safety while under heavy fire. Later that year he received his first Navy Cross. Bell served in Vietnam from 1965-1967. He would receive his second Navy cross for valor under fire by engaging the enemy, protecting his men, and killing or capturing enemy combatants.