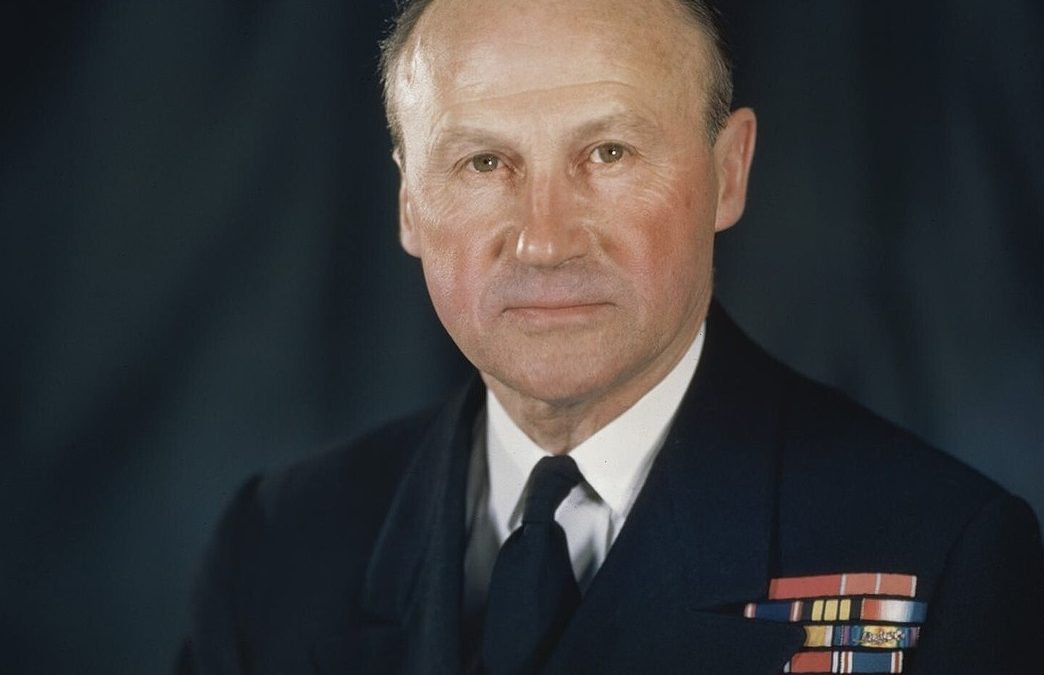 ‘Monday, June 5, 1944. Thus has been made the vital and crucial decision to stage the great enterprise which [shall?], I hope, be the immediate means of bringing about the downfall of Germany’s fighting power & Nazi oppression & an early cessation of hostilities.

‘I am not under [any] delusions as to the risks involved in this most difficult of all operations . . . Success will be in the balance. We must trust in our invisible assets to tip the balance in our favor.

‘We shall require all the help that God can give us & I cannot believe that this will not be forthcoming.’

From the handwritten diary of British Admiral Bertram Ramsay on the eve of the Normandy invasion. Admiral Ramsay was the Naval Commander in Chief of the Allied Expeditionary Force. He planned and directed Operation Neptune, a fleet of almost 7,000 vessels that delivered over 160,000 men onto the beaches of Normandy on D-Day alone, with over 875,000 disembarked by the end of June. It would be the largest amphibious assault in history, described by one historian as a “never surpassed masterpiece of planning”.

Ramsay had already served 40 years in the Royal Navy when he retired in 1938.  His retirement was short-lived; Churchill coaxed him out of retirement in 1939. With the collapse of the Allied front in northern France in June 1940, Ramsay was put in charge of organizing Operation Dynamo, the evacuation of the British Expeditionary Force from Dunkirk. Mobilizing every usable military and civilian craft he could find, he oversaw the evacuation of about 338,000 British and other Allied soldiers from Dunkirk and nearby beaches, bringing them to safety in England. He was knighted for this achievement. Had he not succeeded at Dunkirk, Britain’s war might have ended then and there; strategists had estimated that 45,000 troops at most could be rescued.

Ramsay went on to play a key naval role in the invasion of North Africa, Operation Torch, in November 1942, and in the assault on Sicily, Operation Husky, in July 1943.

So why has history not given him the same prominence as Churchill, Eisenhower, Montgomery or Bradley?

Ramsay was not a showman–he disliked publicity. Sadly, he died in a plane crash in January, 1945. So he never had a chance to witness the Allies’ victory or write a memoir. A statue of Ramsay was erected in November 2000 at Dover Castle, close to where he had planned the Dunkirk evacuation.