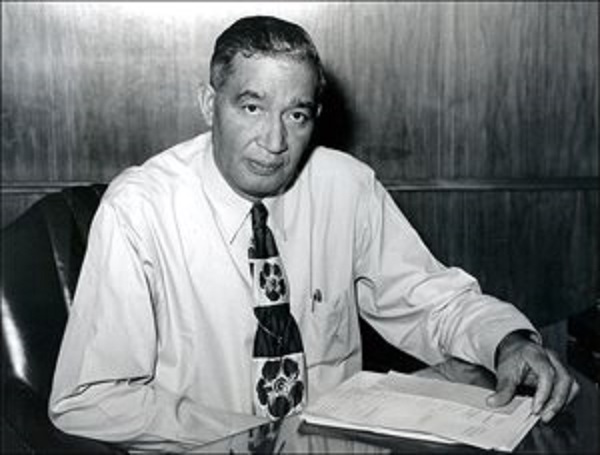 The story of Frederick McKinley Jones is an outstanding example of how a person born with no advantages can nevertheless achieve remarkable accomplishments.

Mr. Jones was born to an Irish American railroad worker and an African American mother. His mother died when he was very young, and his father struggled to raise him. A Catholic priest, Father Ryan, helped to raise Jones, and eventually took him in when his father died. Ryan took care of him and encouraged his interest in mechanics.

Leaving school when he was 11 years old, Jones found work as a garage cleaning boy. By age 14 Jones was working as an automobile mechanic and eventually became garage foreman. But Jones’ intellect was greater than could be satisfied by work in a garage. He had an insatiable appetite for learning and a love of reading. 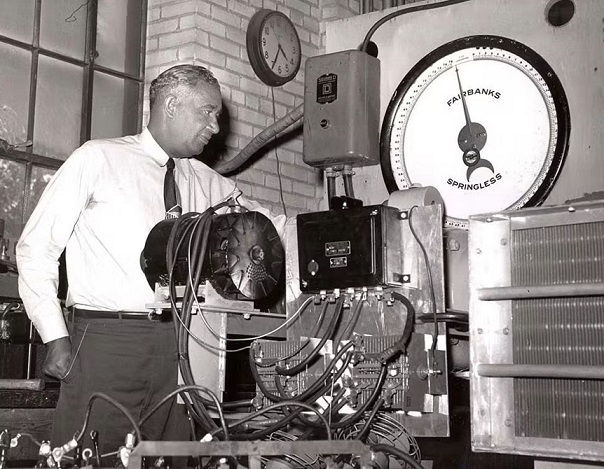 By the time he was 19, Jones was working on a 50,000 acre farm in Hallock, MN owned by James Hill, who was also owned the Great Northern Railroad. Hallock was a place “where a man … [was] judged more on his character and ability than on the color of his skin.” Jones told an interviewer. Jones earned an engineering license by age 20.

Jones enlisted in the Army in WWI in an all-black unit until his mechanical skills were spotted and he was promoted to sergeant working as an electrician and even teaching other soldiers his knowledge. Jones performed the wiring necessary to equip his camp with electricity, telegraph, and telephone services.

Jones returned from the war to Hallock, where he continued working as an engineer. Adding electronics to his skills, Jones built a radio station to serve the area, and invented a device to synchronize sound with motion pictures. But his greatest invention would save many lives during WWII and transform the way we eat.

By the 1930’s, the American trucking industry provided a vital link in the supply chain serving grocery stores, but it had a problem. Perishable foods were transported in trucks cooled with ice, which was unreliable for long hauls or delays. Jones invented a mobile, gas-powered refrigeration unit for trucks, and, working with business entrepreneur Joe Numero, created the U.S. Thermo Control Company. The company provided the means to transport refrigerated food and medical supplies during WWII, and after the war transformed to Thermo King, a 150 million dollar business that provides refrigeration units to trucks, ships and airplanes worldwide.

Jones was awarded over 60 patents during his life. He was posthumously awarded the National Medal of Technology in 1991, the first Black inventor to be so honored.