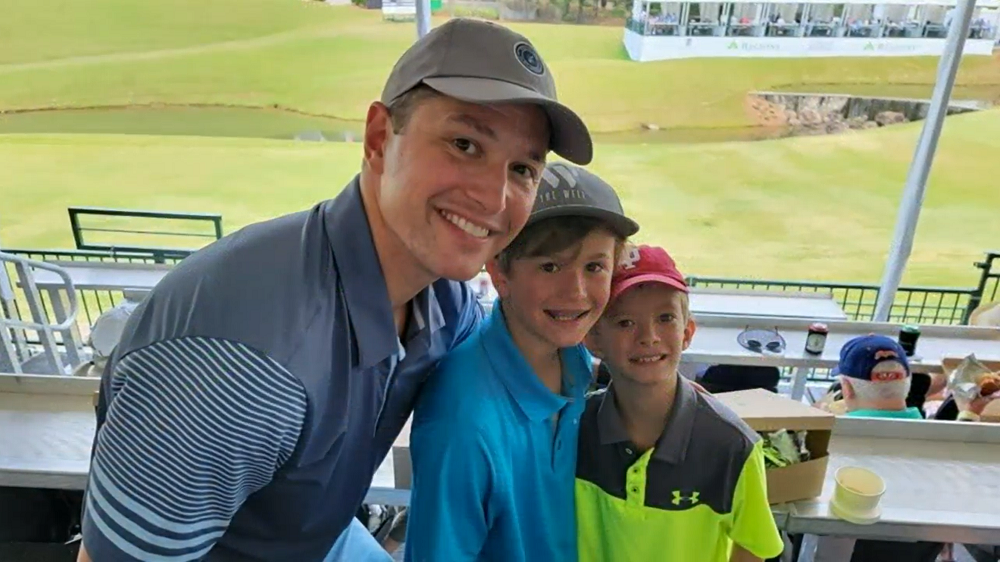 June 14, 2022
Brad Hassig and his two sons and their friend were swimming in the family pool on a warm afternoon in Mountain Brook, Alabama. The kids were playing and Brad, 46, was practicing underwater breathing exercises. “It’s relaxing. I love doing breathing exercises,” said Hassig, adding that it’s a ritual he does often, and he has never had problems in the past. “I just like the peace of being underwater.”

This time was different, however. Christian Hassig, 10, saw that his dad was at the bottom of the pool, not moving. He put on his goggles and saw that his dad’s face was starting to turn blue. “Daddy’s not okay,” he remembered yelling. From that point on, “we were just focusing on saving our dad’s life.”

The three boys dove down and pulled Brad, who weighs 185 pounds, to the pool steps. Christian ran to the street to find help, and Bridon began performing CPR on his father. He had never been trained in CPR, but used the technique he had learned from the movies “Sandlot” and “Hook”. Sure enough, his dad woke up, coughing up water and blood. “I just knew I need to do this. It was probably the most emotional time of my life,” Bridon said.

Paramedics soon arrived, and Hassig was taken to intensive care. Doctors found no underlying condition; Hassig had just passed out underwater as his blood pressure dropped. “I mean it’s just emotions are just overwhelming you that your boys saved your life,” said Brad. “There’s no way physically that they should have been able to do what they did. They hadn’t had training to do what they did, to act as fast, to run as fast, as far, to know to flag down somebody to call 911 while the other is doing CPR on you. I mean, it’s a God thing. God’s hand was all over it.”