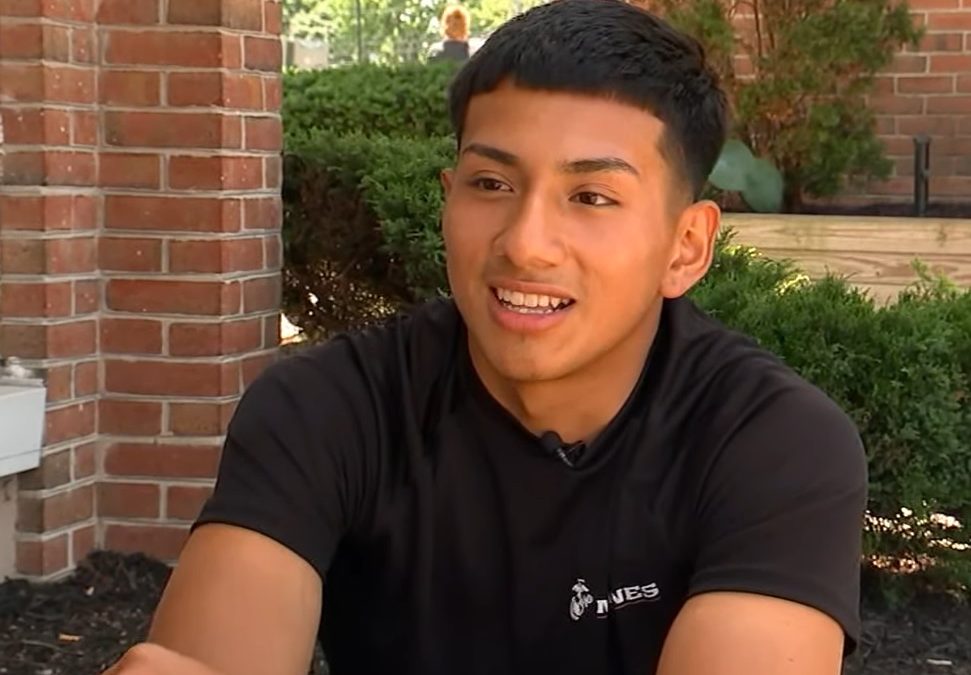 At 10 PM on June 15, 2022. 17-year-old Anthony Zhongor was sitting in his car, parked on a dock on Long Island when he saw a car drive off the dock, straight into the bay. Mr. Zhongor ran to the edge of the dock and saw the car sinking. Its occupant was trapped inside, banging on the door. “She went pretty deep in there,” Zhongor said. “She was banging on the door, banging on the window, trying to break the window, of course, and that kind of got me nervous, scared for her, so I just took my clothes off and went into the water.”

Zhongor dove in after the car, but couldn’t get the door open from the outside. Thinking fast, he used his weight to push down the front of the car so that the tailgate would be above water. He opened the tailgate, allowing the driver, 18-year-old Mia Samolinski, to escape. They both swam to shore, and Samolinski tearfully thanked him for saving her life. “She just came up to me and said, ‘Oh my God, thank you’ and was crying,” Zhongor said. “It doesn’t matter who it was, they were suffering. I couldn’t watch anybody suffer in front of me.”

Zhongor and Samonlinski are high school classmates, although they had never met in school. He graduated in June, and had just enlisted in the Marines. “Zhongor’s selflessness and decisiveness makes him a shining example of the caliber of person we seek out to earn the title Marine,” said his recruiter.