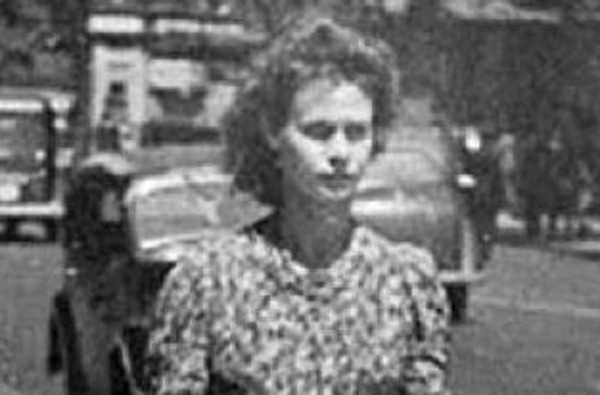 23-year-old Phyllis Latour jumps from a US Air Force bomber and parachutes into occupied Normandy to gather intelligence on Nazi positions in preparation for D-Day. She uses an entrenching tool strapped to her leg to bury her ‘chute and clothes, and begins a 4 month mission of impeccable spycraft posing as a poor teenage French girl.

Latour had been trained by the British Special Operations Executive (SOE). She learned about encryption and surveillance, how to send messages in Morse code, and how to repair the wireless sets. She had to pass grueling physical tests set in the rough terrain of the Scottish highlands. She learned the techniques of close combat, and described how they were taught by a cat burglar who had been released from jail on “how to get in a high window, and down drain pipes, how to climb over roofs without being caught.” Latour was determined to exact revenge against the Nazis, who had killed her godfather.

It would be a dangerous mission. Years later Latour told an interviewer “The men who had been sent just before me were caught and executed. I was told I was chosen for that area [of France] because I would arouse less suspicion.” She used bicycles to tour the region, often under the guise of selling soap, and passed information to the British on Nazi positions using coded messages. Acting the part of a silly country girl, she would chatter with German soldiers. She moved constantly to avoid detection. Often she would spend nights sleeping in forests and foraging for food.

Latour developed an ingenious plan to conceal her activities. She carried her secret codes on a piece of silk, pricking each one with a pin when it had been used.  She concealed the silk in a hair tie. When she was briefly detained by the Germans and subjected to search, she brazenly removed the tie and let her hair fall, to show that she had nothing to hide. During the summer of 1944 she sent 135 coded messages, helping Allied bombers to identify German targets.

After the war, Latour married and settled in New Zealand, raising four children. Her children knew nothing about their mother’s service until her oldest son discovered the information on the Internet in 2000. She was presented with the Chevalier of the Legion of Honour by the French government in 2014, as part of the 70th anniversary of the battle of Normandy. Still living in New Zealand, Latour is 101.