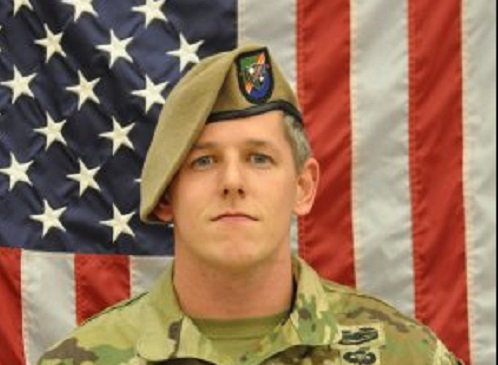 Katie Celiz remembers meeting her future husband. Both were high school kids working at a supermarket in Summerville, South Carolina. One evening just before closing she couldn’t find her jacket, which she always hung in the break room. Looking out at the parking lot, she saw her co-worker Chris rounding up shopping carts, wearing her jacket. She let him know whose jacket he was wearing!

The next night, she found her jacket, right where it was supposed to be, with rose petals in the pocket. The next day, he asked her out. Five years later, Katie and Chris were married. By then, Chris had graduated as a cadet from The Citadel. He would soon become an Army Ranger, having decided when still in high school to pursue a military career. 9/11 happened when he was a sophomore. “He knew then that’s when he wanted to join the military to make a difference,” Katie remembered.

Chris deployed to first to Iraq, then Afghanistan. On his fifth deployment to Afghanistan he was leading an operation to clear an area of enemy forces in Paktia province when he and his team came under intense enemy fire. One of his team was badly wounded, and a medical evacuation helicopter was called in. Chris knew he had to protect his team and the aircraft, so he put down covering fire and physically shielded them from enemy fire. As the helicopter began to take off, Chris was hit. Knowing the aircraft was in danger, he motioned to the pilots to depart rather than remain to load him. Although he was eventually evacuated, he would not survive.

Sergeant First Class Christopher A. Celiz was posthumously awarded the Medal of Honor for his actions that day. His citation reads, in part, ” His selfless actions saved the life of the evacuated partnered force member and almost certainly prevented further casualties among other members of his team and the aircrew. Throughout the entire engagement, Sergeant First Class Celiz significantly changed the course of battle by repeatedly placing himself in extreme danger to protect his team, defeat the enemy, and it ultimately cost him his life.” 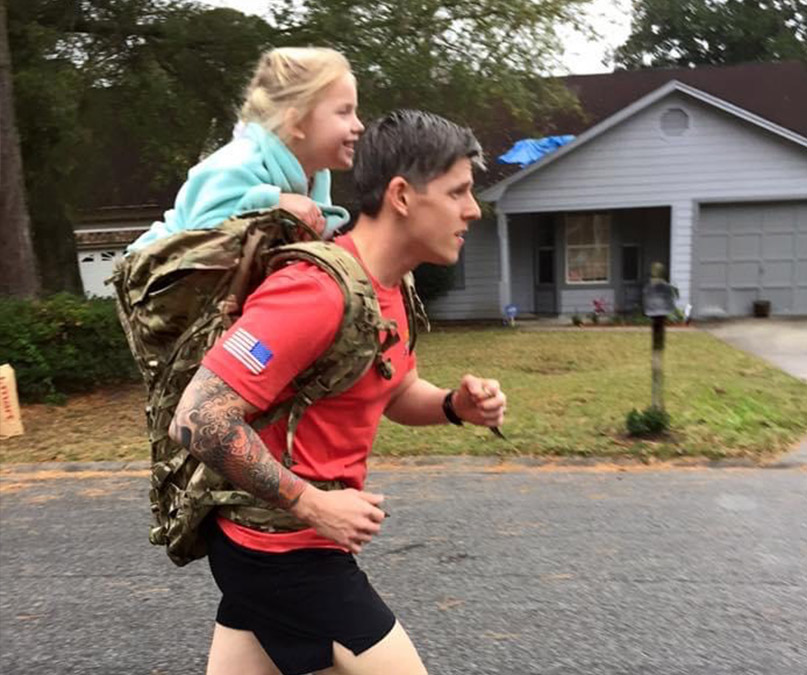 Chris jogs with his daughter

Chris left behind his wife and little girl, Shannon. Shannon idolized her dad. She would ride on his shoulders when he went out for a morning run. In the summer of 2015 the family was hiking in the mountains in Georgia. Shannon, then 5 years old, lost her footing and began to tumble down the slope. She rolled along the ground until she hit a tree. “Shannon are you okay?” Chris said.

Shannon did not reply. Instead she got up, picked up her backpack, and headed back up to the trail.

“What are you doing?” Chris said.