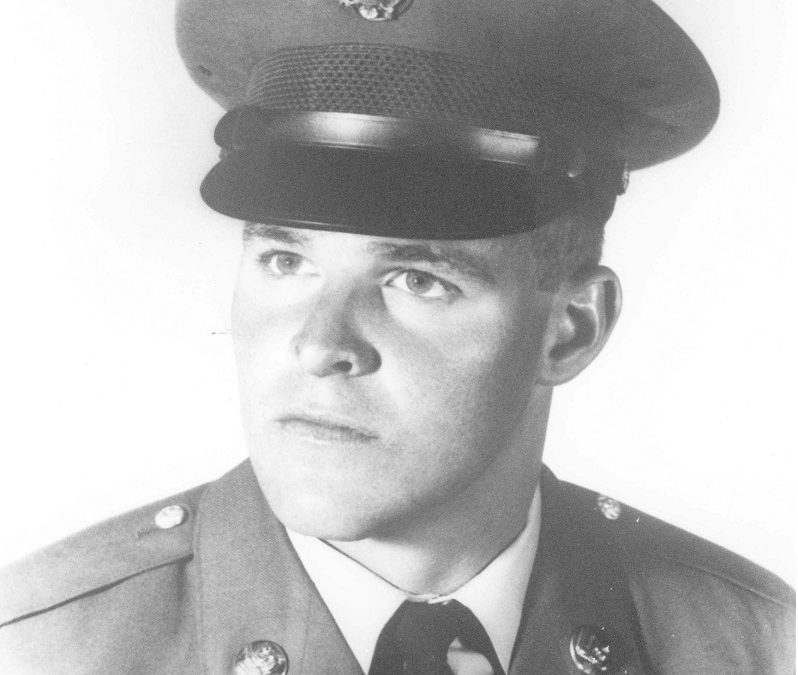 At 18, John Baca had better things to do than go to class. Spending his days body surfing at the beach and getting into various forms of mischief got him labeled “troubled youth” and a short stint in the California Youth Authority. His next stop would be the U.S. Army. “The best thing was getting drafted,” he later said. “Because you know, I probably would have maybe spent a little time in jail.”

By 1970, Baca was stationed in South Vietnam as a specialist four in the 1st Cavalry Division. “First Cav” was and is highly respected. It is one of the most decorated combat divisions of the United States Army. Spc 4 Baca would soon live up to that reputation.

On February 10, 1970, Baca was serving on a recoilless rifle team when the lead platoon of his company was ambushed. Baca led his team forward through intense fire to reach the besieged platoon. When a fragmentation grenade was tossed into their midst, he “unhesitatingly, and with complete disregard for his own safety,” covered it with his helmet and then laid his body over the helmet, smothering the blast and saving eight fellow soldiers from severe injury or death. “It’s like time stopped,” he later described. “And all these thoughts go through my mind. Do I pick it up and throw it? Do I stand on it? Do I run from it? What do I do? If my mom finds out, she’s going to really be upset.”

Miraculously, Baca survived, and was credited with saving the lives of at least 8 of his fellow soldiers. Spc 4 Baca’s decorations include the Medal of Honor for his actions that day, as well as the Silver Star, Bronze Star, Purple Heart, Air Medal, Army Good Conduct Medal, National Defense Service Medal, Bronze star, Vietnam Service Medal with (at least) one campaign star, Vietnam Gallantry Cross Unit Citation, and more. Pretty impressive for a juvenile delinquent!

As a civilian, Baca continued to serve. He has helped Gold Star families by telling of his near-death experience: “I tell them about those dying moments I had. How peaceful and gentle. I know there were angels, you can’t put it into words, but I know they were ready to bring me up into the heavens.” In 1990, Baca returned to Vietnam with seven other soldiers of the Veterans Vietnam Restoration Project. The group spent eight weeks working alongside former North Vietnamese Army soldiers building a health clinic in a village north of Hanoi.

Baca hesitates to speak publicly about what happened that day long ago. He prefers to recall an event that occurred on Christmas Day, 1969. Walking ahead of his unit, acting as “point,” Baca surprised a young North Vietnamese soldier sitting alone on top of an enemy bunker in the jungle. He saw that the soldier could not reach his rifle quickly and, not wanting to shoot him, yelled in Vietnamese for him to surrender. Baca captured the young man alive and unharmed, and twenty years later worked with him and other Vietnamese to build the clinic.

Thanks and a shout out to reader Buddy Siefert for bringing this man’s incredible story to my attention.