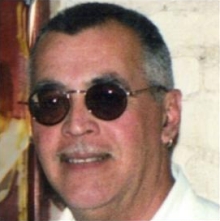 On the morning of Sept. 11 2001, office workers on the 89th floor of the North Tower were starting their day when an explosion shook the building. Not knowing that the blast was part of terror attack, everyone gathered as the smell of jet fuel and smoke filled the office. They quickly discovered that all entrances to the emergency stairwells were damaged in the attack and they were trapped.

The hall floors were melting, and the group grew desperate. Suddenly, a man in a yellow hardhat and flashlight burst through a jammed door with a crowbar and told the group, “We have to go, now!”

The man was Pablo Ortiz, a former U.S. Navy Seal who worked as a construction superintendent with the Port Authority. After he and three colleagues felt the explosion from one floor below, they grabbed tools and headed up the stairs. Their mission was to free those who were trapped by removing impediments such as jammed doors and fallen debris. Ortiz guided the workers to a different exit and pried open a buckled doorframe that blocked that exit. Once the group was safely on their way down the stairs, Ortiz left them and continued on to help others. They would remember seeing him ascending a stairwell to go open more elevators with his friend and colleague Francis “Frank” De Martini.

Ortiz and his colleagues died when the building collapsed at 10:28 a.m. They are credited with saving at least 77 people.

Ortiz’s wife, Edna Ortiz, recalls that he kissed her goodbye before 5 a.m., when he caught a bus from their home in Tottenville to the Staten Island Ferry to Lower Manhattan. She told a historian that she was communicating with her husband that morning via pager. At 10:28 a.m. her last page to him remained unanswered. At this moment she said she turned to her television and watched her husband’s building crumble before her eyes. Remembering her husband, she said “People come into your life to teach you a lesson. He taught me a lot of lessons. I was materialistic. I have become less materialistic. I learned from his strength. I learned from his patience.”