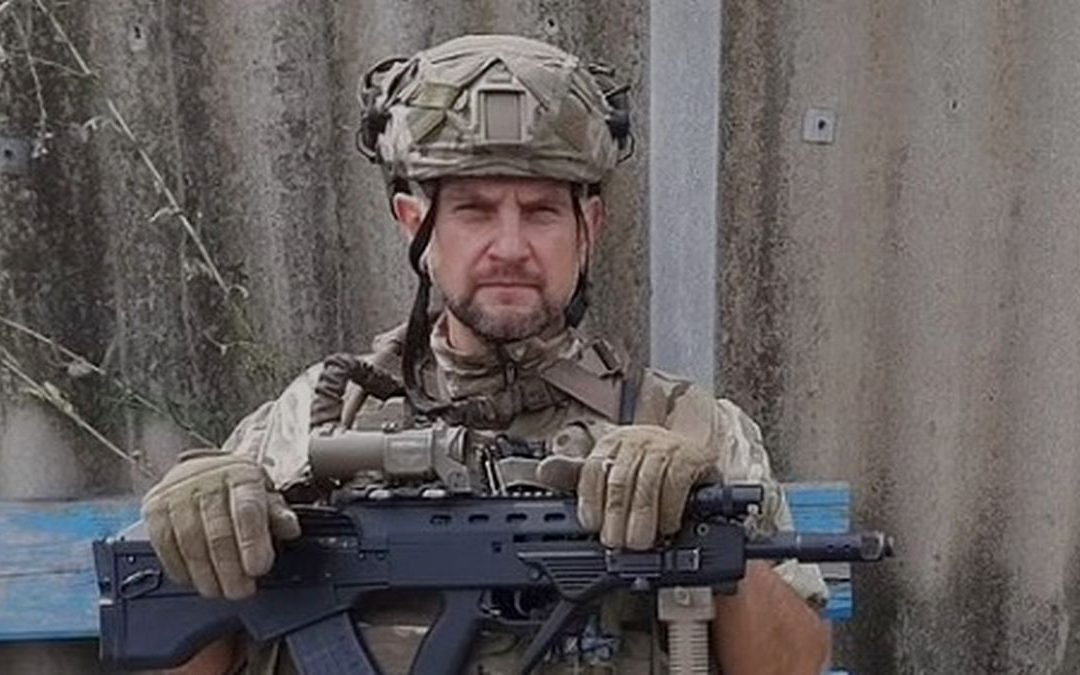 Viktor Yatsunyk left his home in the UK in March to defend his native country, Ukraine, against Putin’s invasion. When his children asked him “Daddy when are you coming back?” he had no reply. He told friends that leaving his family was the “hardest part”.

Known as ‘The Brit’ among his fellow fighters in Ukraine, Viktor had served in the British Army for four years. He knew his military skills would be valuable in teaching Ukrainian soldiers how to combat the Russian invasion. “Most of the soldiers here don’t have experience in the army. Everyone wants to fight, but you need to teach them how to fight, most of all how to survive,” he told an interviewer. Viktor initially served as an advisor, commanding a rescue unit. By May he was on the ground, near the front lines, evacuating injured soldiers.

Viktor knew by late August that the fighting would continue into the winter. “We will need warm clothing and sleeping bags,” he said. “And we worry about all the mines…the Russians put a lot of mines, small ones, anti-infantry. And with snow on top of them they will be dangerous.” He emphasized the need for support, saying “War is not just for fight. For every soldier you need 7 people working to keep them in good condition.”

“It is a holiday,” he told an interviewer on September 11.  “A long, dangerous holiday.” A week after the interview, Viktor was killed by a landmine while trying to rescue comrades injured on the frontline.

It is worthwhile to watch the interview with Viktor. He makes an interesting point about how Ukrainian sentiment toward Russia has shifted as a result of the invasion.