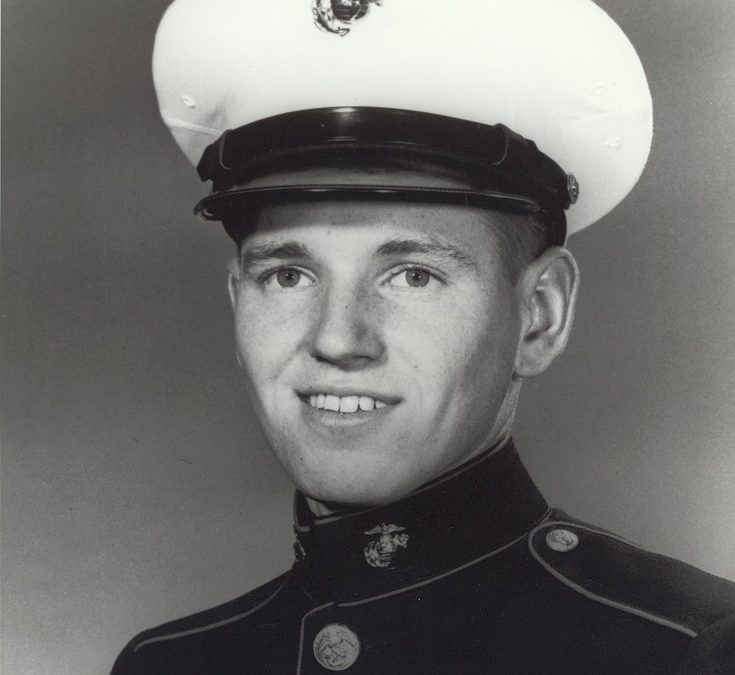 Perkins enlisted in the Marines in 1966. During boot camp, Perkins expressed a desire to be a Marine photographer. After receiving this assignment, to his chagrin, he found the work as a still photographer at Marine Corps Supply Center, Barstow, California, dull and unfulfilling. “All I do is take photos of the general in parades,” he told his family, as his father recalled years later.
That fall, Perkins requested assignment to the U.S. Army Signal Center at Fort Monmouth, New Jersey, to receive training in motion picture photography. His headquarters agreed, but with a caveat: Perkins could attend the school, but his follow-on assignment would likely include service in the Republic of Vietnam. Undeterred, Perkins headed east and eagerly immersed himself in the art. “I can’t believe how lucky I am to be doing exactly what [I want] to be doing,” he wrote home to his family.
Cpl. Perkins would join Operation Medina, a search and destroy operation that was conducted from October 11 to 20 in the Hải Lăng Forest Reserve south of Quảng Trị, South Vietnam. He would film much of the operation including a tricky landing by a Medevac chopper to evacuate injured Marines.
Shortly after filming the evacuation you see in the movie, an enemy grenade landed near Corporal Perkins and three other Marines. Realizing the danger, he shouted the warning, “Incoming Grenade” to his fellow Marines, and in a valiant act of heroism, hurled himself upon the grenade absorbing the impact of the explosion with his own body thereby saving the lives of his comrades at the cost of his own. Corporal Perkins received the Medal of Honor for his actions…the only combat photographer to receive the honor.