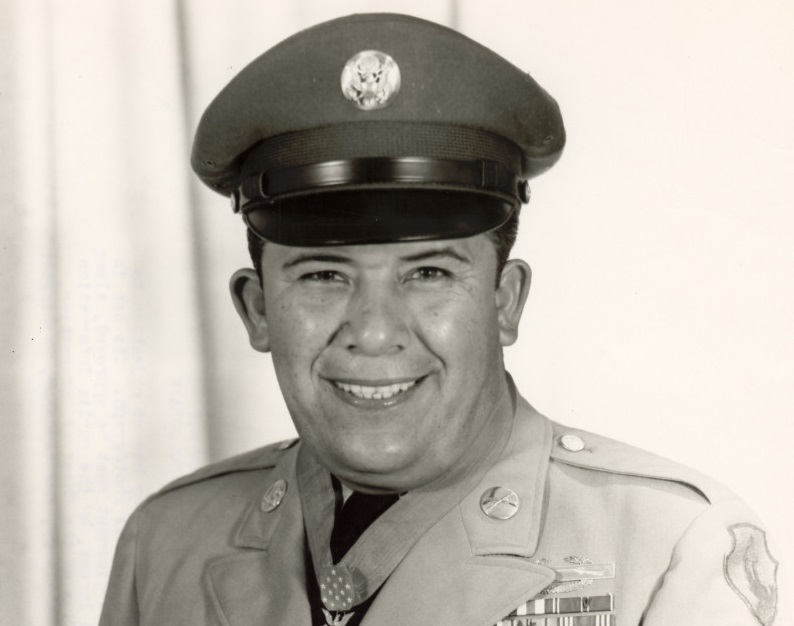 The Battle of Manila was one of the most brutal in the Pacific Theater in WWII.  American and Filipino forces faced a determined and entrenched enemy determined to fight to the last man.

Army Rifleman Cleto Rodríguez’s unit was tasked with taking  the strongly defended Paco Railroad Station. His platoon made a frontal assault across an open field, under intense enemy fire. Three companies of  Japanese marines had fortified the building and surrounded it with entrenched fighting positions and sandbag-lined pillboxes and bunkers. The platoon became bogged down 100 yards from their objective, so Rodriguez and his comrade, PFC  John N. Reese, Jr. took the initiative. Living up to the words on their regimental patch, “WE’LL DO IT,” the two grabbed as many grenades and magazines for their Browning Automatic Rifles as they could carry and ran through enemy fire toward the train station. Rodriguez was not panicked. “I have never known fear,” he later claimed.

The pair made it forward to a house closer to the station, where they spent the next hour firing at targets of opportunity, killing or wounding nearly 100 defenders. They prevented Japanese reinforcements from manning a machine gun emplacement, and moved to within 20 yards of the station. Then, covered by his companion, Pvt. Rodriguez boldly moved up to the building and threw five grenades through a doorway, killing seven Japanese, destroying a 20-mm gun, and wrecking a heavy machine gun.

Returning to their platoon, Rodriguez’s comrade was killed, but between them they had in 2 1/2 hours killed more than 80 Japanese and disrupted their defense, enabling the taking of the strategic location. 2 days later, Rodriguez would single-handedly destroy another machine gun emplacement and kill enemy defenders.

Both Rodriguez and his fallen comrade received the Medal of Honor for their bravery.