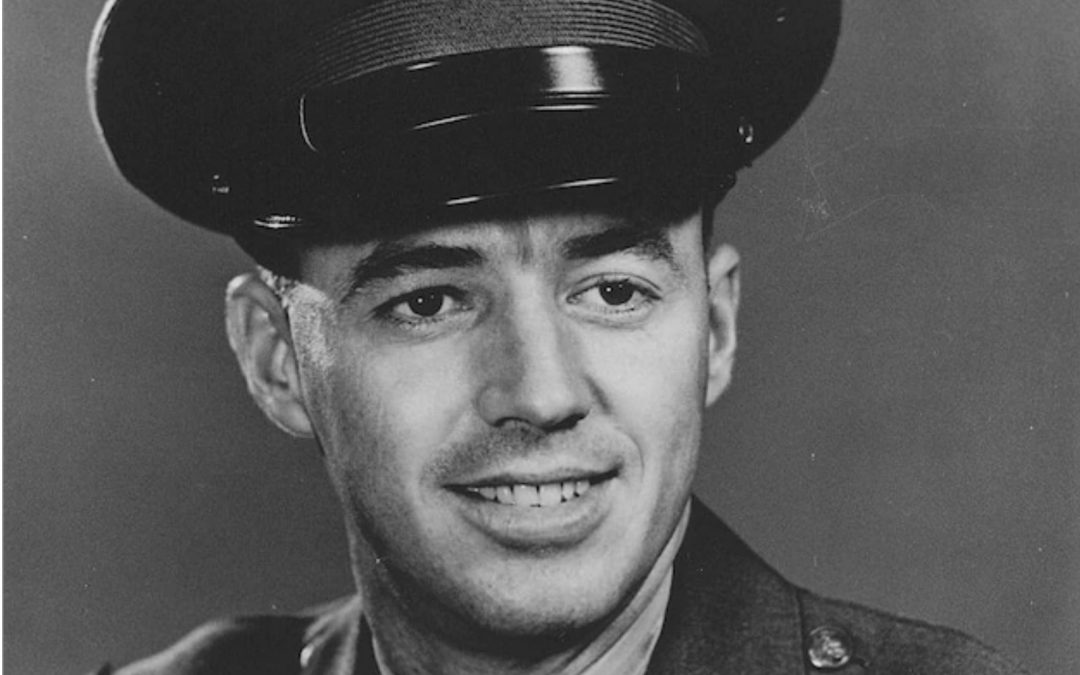 Oct. 27, 1952 Near Panmunjom, Korea
Marine 2nd lieutenant George Herman O’Brien leads his platoon to retake a vital hill in an area known as “The Hook” which has been overrun by a huge Chinese force.

Facing withing enemy fire, O’Brien led his men across an open field and up an enemy-entrenched hill. He was shot in the arm and thrown to the ground, but got up and waved his men forward, stopping amid the gunfire only to help a wounded Marine. Approaching the Chinese position, he hurled grenades and killed 3 enemy in hand-to-hand combat. O’Brien kept up the assault for 4 hours, even though he was knocked to the ground three times by concussion grenades.

The platoon succeeded in retaking the hill, but at a terrible cost. “We moved in on our objective, and we took it. [But we] left a lot of good kids [behind],” he told an interviewer many years later.

O’Brien was awarded a Purple Heart and the Medal of Honor for his actions that day. Receiving the medal, he said something that echoes what most recipients have said about the medal: “This medal’s not mine. It belongs to those kids who never grew up to be grandfathers. It’s in trust, and I hope I wear it well.”

Today is Veterans Day. Take a few moments to think about the men and women who have stepped up and served our country. If you know a Vet, tell ’em “Thanks” and if you know a Vet who could use a helping hand, be that hand. And if you are a Vet, thank you for all you have done for our country.