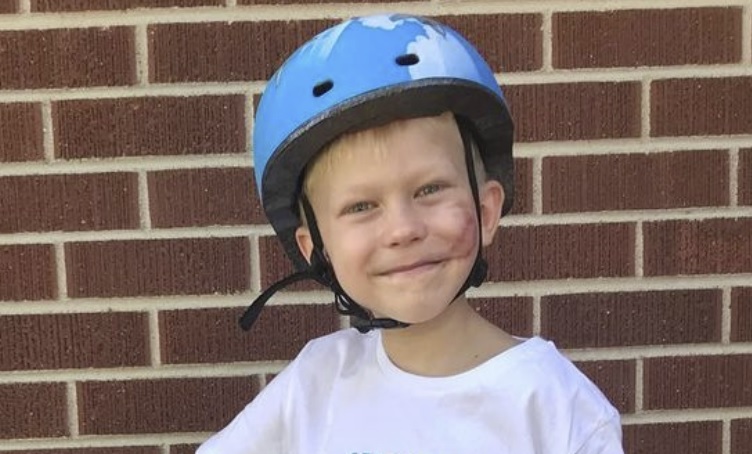 Bridger Walker and his 4-year-old sister were playing in a friend’s back yard when a dog attacked the little girl. Bridger instinctively jumped between the dog and his sister to protect her. The dog attacked Bridger instead, biting him on the face and head. As soon as he could get away from the dog, Bridger grabbed his sister’s hand ran with her to safety.

Bridger’s family said that when asked why he had saved his sister, he replied: “If someone had to die, I thought it should be me.”

Two hours of surgery were required to repair Bridger’s face. It required pulling his face and scalp back together, holding it in place with over 90 stitches. Now, 2 years later, evidence of the bite is fading, thanks to the work of a New York plastic surgeon who donated his expertise. Indeed, Bridger’s bravery has inspired kudos from several movie superheroes; celebrities such as Chris Evans, Mark Ruffalo and Brie Larson, as well as people from all over the world, sent gifts and letters to Bridger.

Bridger’s father said that Bridger “views his scar as something to be proud. He just perceives as that’s what brothers do. It sometimes bothers him when he’s hailed as a hero because he thinks that he could have done more to protect her.”

Bridger’s family have stressed that they do not want financial assistance. The Walkers asked the public to give instead to organizations that provide help for those whose needs are greater: Mission 22, Operation Underground Railroad and The Wounded Warrior Project.