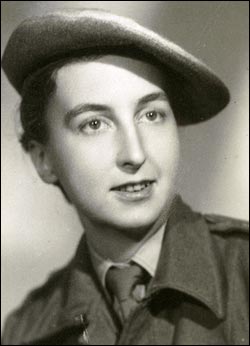 Under a pale crescent moon a British Halifax bomber drops through clouds over the countryside in occupied France.  At 900 feet, an exit panel opens and a lone parachutist prepares to jump. She smells the damp farmland below and watches faint lights on the ground flash, marking her drop zone. A light above the the exit turns green, and she jumps into the darkness; Pearl Witherington has returned to France.

Pearl Witherington and her family were British citizens living in France when Germany invaded in 1940. With her mother and sisters, she escaped to Britain late that year, but she was determined to return and do what she could to drive the Germans from her beloved France. “I was furious at the way they behaved in France,” she said. “People who have never lived in a country occupied by Germans can have no idea what it was like. ”

In 1943, Witherington joined the British Special Operations Executive (SOE)–Churchill’s secret organization devoted to sabotage, espionage and reconnaissance in occupied Europe. She excelled in her training. Her instructors found her “cool and resourceful and extremely determined” and noted that she was an excellent marksman–“probably the best shot (male or female) we have yet had.” By September she was ready to return to France. She was 29.

Under the code name Marie, and posing as a traveling cosmetics saleswoman, Witherington worked as a courier with the French Resistance. When her commander was arrested, she was put in charge of a newly formed SOE network called “Wrestler” under a new code name, “Pauline.” As D-Day approached, her network worked to disrupt Germán supply lines by sabotaging the railroads. They cut the main line between Paris and Bordeaux, hindering German efforts to transport troops and supplies to Normandy.

Nearly half of the women agents in the SOE never came home. More than once Witherington came perilously close to being captured. The Germans put a price on her head of 1 million Francs. in June of 1944 the Germans attacked her headquarters at the Les Souches château, but she escaped. She and her network forced the surrender of over 19,000 Germans in September 1944. Later that month, she was ordered to return to Britain, her mission completed.

Witherington was considered one of the most effective agents in SOE. After the war, Witherington was recommended for Britain’s Military Cross, but was denied because she was a woman. Instead, she was offered the civil division of the award of Member of the Most Excellent Order of the British Empire (MBE). She declined the award, stating “there was nothing remotely ‘civil’ about what I did.  I do consider it to be most unjust to be given a civilian decoration. Our training, which we did with the men, was purely military and as women we were expected to replace them in the field.”

In 2004, Witherington was made a Commander of the most Excellent Order of the British Empire (CBE), receiving her insignia from Queen Elizabeth II during a state visit to France. In 2006, when she was 92, Squadron Leader Rhys Cowsill and Major Jack Lemmon of the Parachute Regiment traveled to her retirement home in France and officially granted her parachute wings.

There are two books about Witherington and her work in the war: A young adult memoir, Code Name Pauline: Memoirs of a World War II Special Agent, and an adult biography, She Landed By Moonlight: The Story of Secret Agent Pearl Witherington.  Both books are available through Barnes & Noble.

Further Reading:
AMightyGirl.com–Pearl Witherington: The French Resistance Leader with a Million-Franc Bounty on Her Head