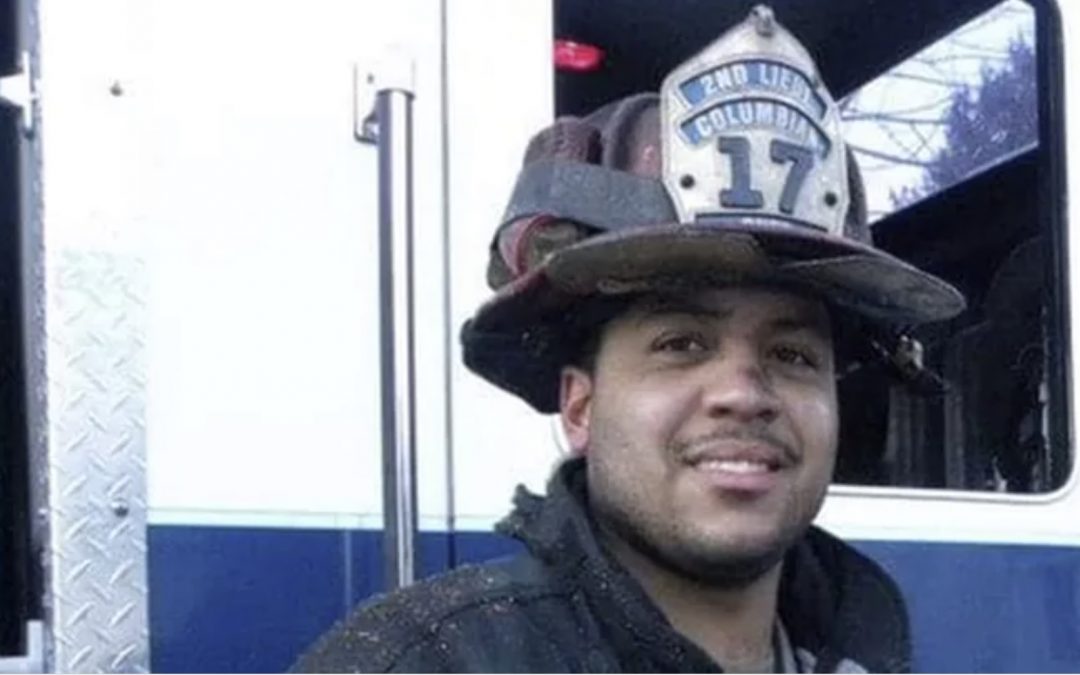 It’s a nightmare scenario for a firefighter–a wooden building rapidly engulfed in flames with over 100 people trapped inside.  This was the scene firefighter Jared Lloyd found when he responded to a call at an adult assisted living facility at 1 AM on March 23, 2021.

Lieutenant Jared Lloyd was one of the first firefighters to arrive on the scene. He and his team immediately began rescuing elderly residents, many of whom were unable to walk on their own. They worked for nearly an hour to evacuate 112 people from the 3 story building. Their work efforts were increasingly hampered by the thick smoke and heat; they relied on their oxygen bottles to breathe.  As  the flames roared through the top floors of the building, Lloyd ran into the building to make sure no more people were trapped inside. Minutes later he radioed a Mayday: he was trapped and out of air. Fellow firefighters could not reach him before the building collapsed, killing Lloyd and one remaining resident.

Jared Lloyd played as a linebacker on the Varsity Football Team at Spring Valley High School. He joined the Spring Valley New York Volunteer Fire Department when he was 19. He was a father of two boys, and worked full time as a field technician. He enjoyed his job and received numerous “Technician of the Month” awards for his excellence in customer service, but he also felt a calling to serve his community.

When I am called to duty, God wherever flames may rage,
give me strength to save a life, whatever be its age.
Help me to embrace a little child before it’s too late,
or save an older person from the horror of that fate.
Enable me to be alert to hear the weakest shout,
and quickly and efficiently to put the fire out.
I want to fill my calling and to give the best in me,
to guard my neighbor and protect his property.
And if according to your will I have to lose my life,
bless with your protecting hand my loving family from strife.