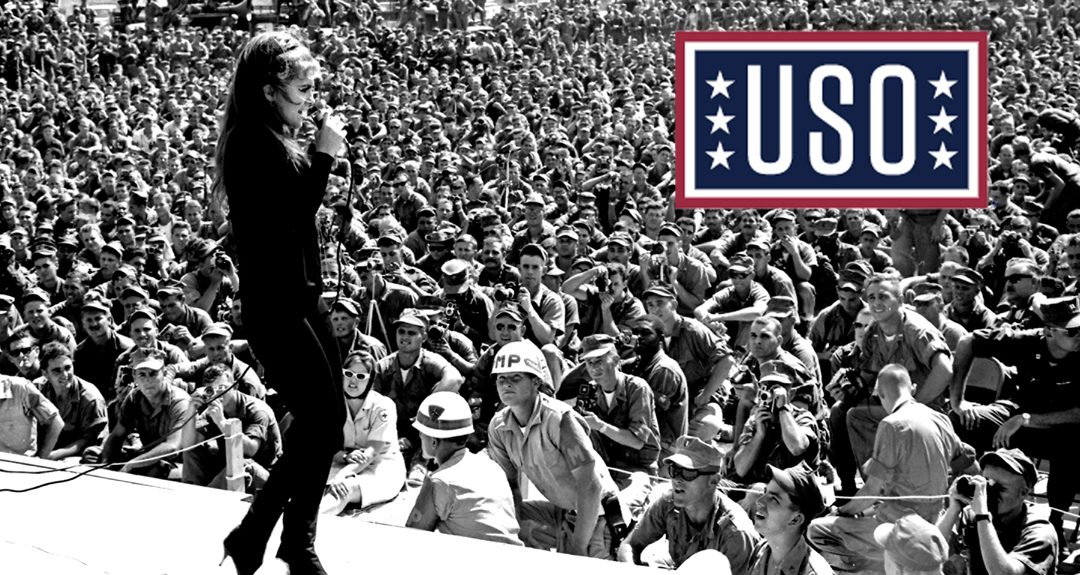 81 years ago The USO was created with the mission of lifting the morale of our military and nourishing support on the home front. The organization is still at work, bringing holiday spirit to service members at Al Asad Air Base in Iraq, Tumon Bay in Guam, Camp Buehring in Kuwait, Humphreys, South Korea and many more.
It can be lonely during the holidays, away from family, especially at remote locations like Thule air Base in Greenland or an Eastern European forest only miles from the border with Ukraine. The USO is there, providing holiday meals, welcome kits and USO Care Packages as a reminder of home, a token of appreciation, a promise that even as they left their families behind, they were not alone.
Here are some interesting facts about the USO:
USO Services include:
Bob Hope Legacy Reading Program The Bob Hope Legacy Reading program allows service members to record and send a video of themselves reading a book to their children at home.
USO Care Package Program The organization sends toiletry and snack care packages to servicemen including travel-sized hygiene products of which 170,000 were shipped in 2019, healthy snacks, and drink mixes. During the COVID-19 pandemic, the organization assembled thousands of care packages for troops in mandatory 14-day quarantine en-route home.
USO Special Delivery The USO hosts baby showers for military parents-to-be. The baby showers allow pregnant military spouses to network and form a community while their spouses are deployed.
USO2GO A service that provides customizable kits to military servicemen stationed in areas without a USO Center containing toiletries and snacks, furniture, electronics, and/or anything else they might need. Since 2008, the USO has shipped more than 2,000 kits to places like Afghanistan, Iraq, Egypt, and others.
Entertainment The USO has hosted more than 8.1 million center celebrity visits across the world.