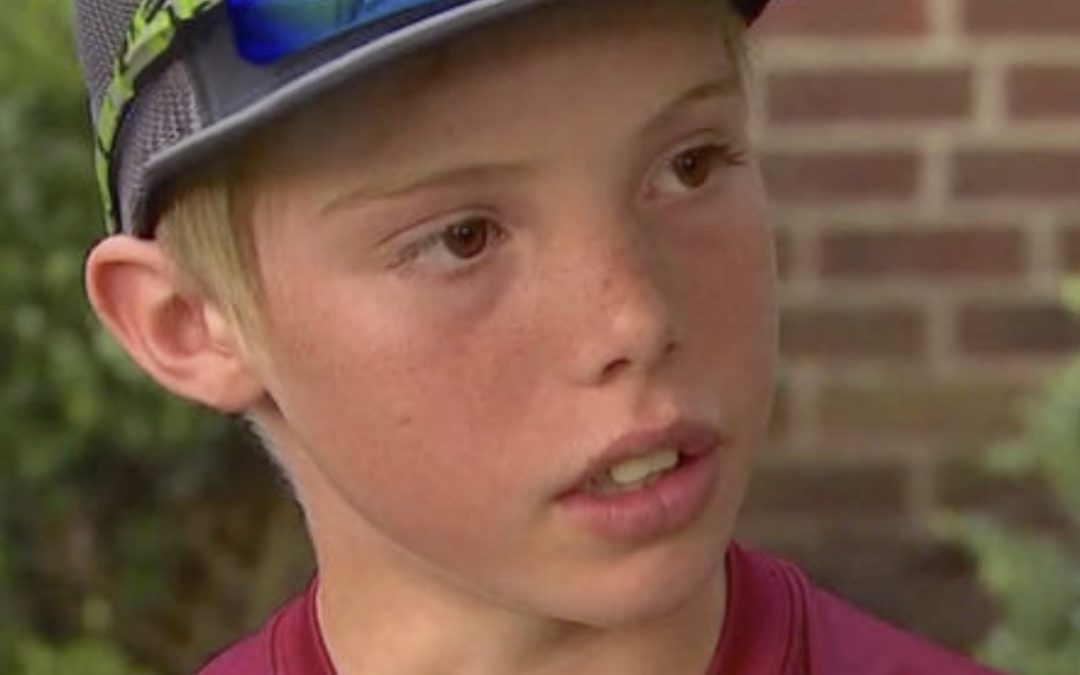 11-year-old Braydon Smith was home alone in his room when a burglar forced his way through the front door. The burglar told Braydon to get into a closet, then began grabbing various items in the home. Remembering his dad’s advice to “let ’em have it” if anyone tried to break into their home, Braydon did just that. “He pointed a pellet gun at me that was located in our house. I knew that it wasn’t loaded so I just sat down and got in my closet like he told me to. He went into the living room to grab my phone to make sure I didn’t call the 911 or anything.”

The burglar misjudged Braydon. When he turned his back to pocket Braydon’s phone, Braydon grabbed a machete he had handy for clearing brush and whacked the burglar on the head. The burglar ran from the home, but was later apprehended at a local hospital. “I knew if I didn’t do anything about it he could have taken me with him,,,,he could have done anything,” Braydon told a reporter.

When the ordeal was over, Braydon had one concern: would he be able to get to his baseball game!