Swift Sword: The Marines of Mike 3/5

Marine Lance Corporal Jack Swan crested the face of a bare, rocky knoll in the Que Son Valley of South Vietnam. Following Swan were the 164 Marines of Mike Company, Third Battalion, Fifth Marines, First Marine Division. Their mission was to locate and rescue an understrength and isolated company of fellow Marines who were under attack by the North Vietnamese Army.

The sight of a quiet and serene rice paddy and shrub covered valley greeted Swan. ‘Too serene’ he thought as he caught sight of a trembling bush. “I think I just saw that bush move!” he shouted. “If it moves again, shoot it!” his squad leader commanded. The bush moved, Swan fired, and the bush went down. Then hell on earth broke loose.

Instead of coming to the rescue of their embattled comrades, it was now the men of Mike 3/5 who were about to be annihilated. Burdened with a rifle, the M16, that would often malfunction, how could they hope to beat back a vastly superior foe bent on their destruction? Outnumbered, out-gunned, and exposed, would any of the men of Mike 3/5 survive? 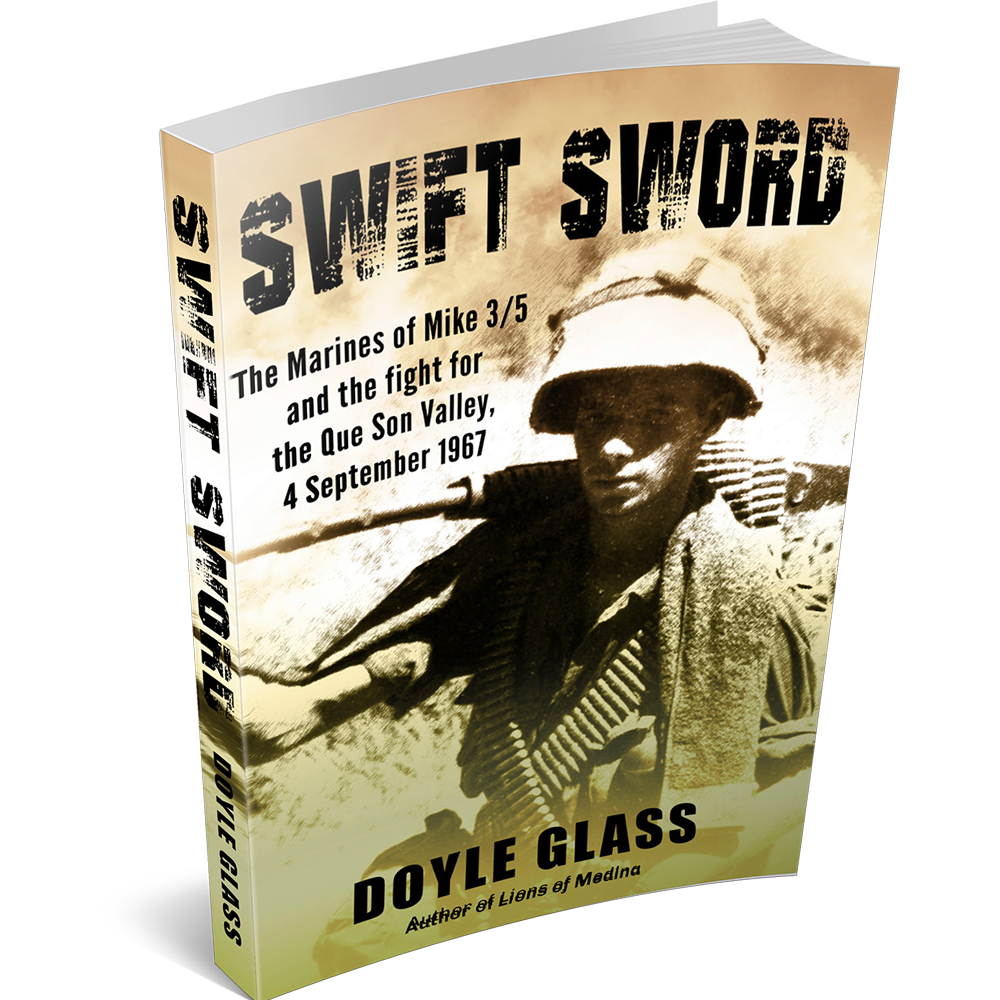 Peace. Quiet. An unusual situation for Marines encamped for the night in a tree line in the middle of enemy territory.

Suddenly the stillness was broken when enemy bullets rained down on the two platoons of entrenched Marines. Instantly, the men assumed defensive positions and readied their weapons to return fire.

It was a typical Vietnam battle scene, one Capt. Robert Morgan thought he could handle. A tough, stocky guy, he had been in command of Delta Company of the 1st Battalion, 5th Marines (the 1/5) for only two months. But he knew what to do. He ordered the 2-3-man listening post positioned beyond the Marine perimeter to return to the company’s position. Then he ordered his men to return fire, a tricky proposition at night when each gun flash revealed the Marines’ locations. 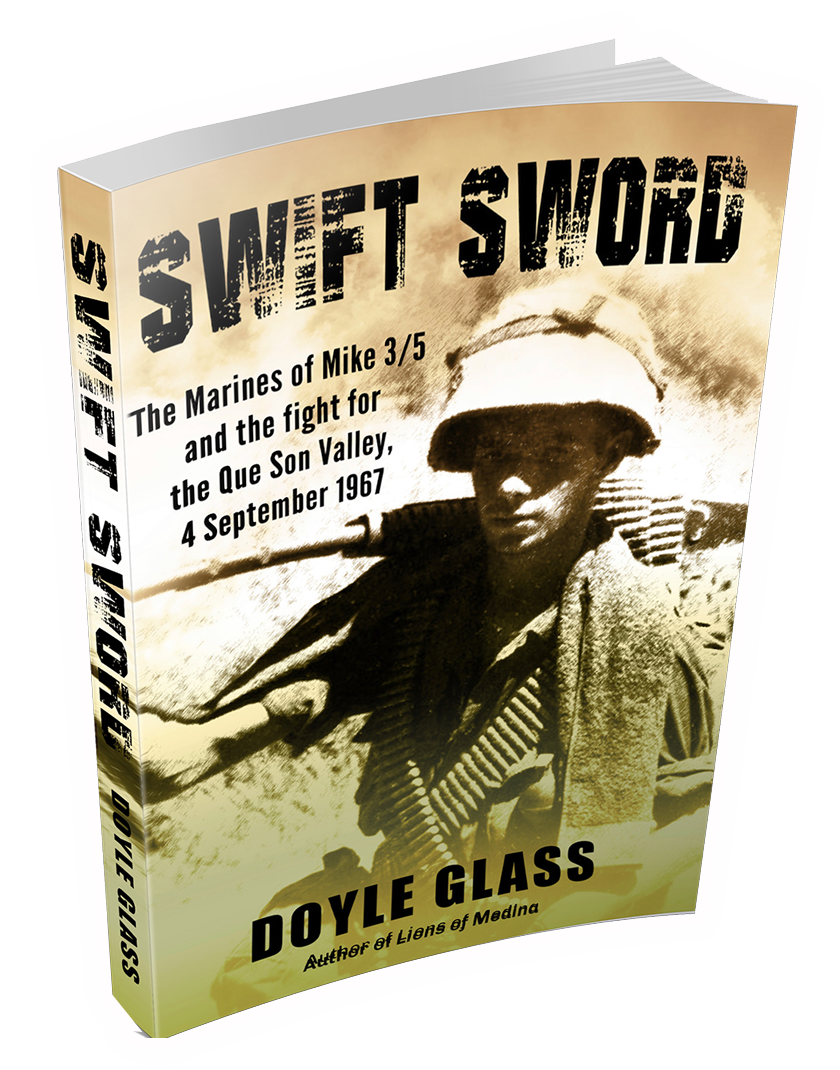 Join the list to be notified of new posts and receive a free chapter from my book, Swift Sword.
Enter your email address and click SEND.
You are free to leave the mailings at any time.

“Well researched, well written. The fog of war — and there was much on September 4, 1967 — is distilled into a clarity that makes for fluid, entertaining reading. This is great history and a superb tribute to the Marines of Mike, Kilo, Delta and Bravo. Also really informative, if not sobering, insight into the failure of the M-16E1. Would love to see his made into a documentary. Well done, Mr. Glass.”
—Goodreads Reviewer

“What a compelling read! The author wrote a fantastic story about the battle of the knoll (Operation Swift). Mr. Glass’s research was thorough, extensive and evident in the way he presented the battle; it’s almost a blow-by-blow account as if he were standing in the midst of these Marines and telling what he sees taking place.
Thank you, Mr. Glass. Well done!”
—John Podlaski, author
Cherries & When Can I Stop Running – both Vietnam War stories

“This is probably as close as one can get to reliving the terror of up close personal combat without actually being there. I served in Vietnam with H 2/5 in An Hoa. I found the book a truthful recounting of what intense combat is like. The confusion, fear, stress, and heroics that this book describes so well, informs me that these personal accounts come from the ingrained memory that resides inside everyone of these survivors.”
— Larry D., Vietnam Veteran