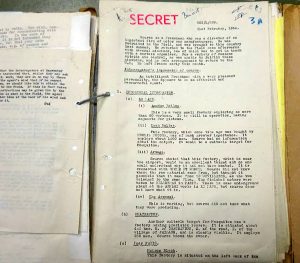 Formed in 1940, the Special Operations Executive (SOE) functioned during the Second World War to promote sabotage and subversion and assist resistance groups in enemy occupied territory. The records of SOE personnel are closed during the lifetime of the individuals or until their 100th birthday, when it is assumed they will have died. Robert Benoist was one of those agents.

“The Sabotage “handbook” is based on a report by Col George Rheam, who was head of STS 17 at Brickedonbury, the SOE’s special training school for industrial sabotage. The document is really “lessons learned” from scratch, as the idea of industrial sabotage was just that- an idea that had to be formed into a reality. Rheam was certainly ahead of his time. He emphasized simple, effective strategies that would rely on knowledge of a tartget to do the most damage with the least amount of attention and material as possible. In this, he was enormously effective, as the agents he trained had great success destroying targets on, before and after D-Day.”  -Doyle Glass

In addition, you’ll receive exclusive scenes from Doyle’s upcoming narrative nonfiction book, Benoist’s War, which details the harrowing true story of Robert Benoist, as well as copies of select declassified documents of the SOE from the British Archives.

Watch your inbox for a confirmation email. Be sure to check your spam folder!

Doyle Glass is a noted writer, sculptor, and historian. He is the author of two books about Marines under fire during the Vietnam war, Lions of Medina (2008), and Swift Sword (2014).

In 2001, he conceived of and sculpted the Kentucky Medal of Honor Memorial, a bronze statue of John Squires, a Kentucky recipient of the Medal of Honor in WWII. The statue stands in downtown Louisville as a perpetual reminder of the sacrifice of heroes from Kentucky who fought and died for our freedom.

In 2008, he designed and sculpted the Texas Medal of Honor Memorial, a heroic statue of Midland native George O’Brien, who earned the Medal of Honor during the Korean War.

This memorial, once part of the Commemorative Air Force Museum in Midland, will be featured in the planned Texas Medal of Honor Museum in Gainesville.

Always seeking new and different outlets for his creative energies, Doyle Glass’ upcoming book will combine unparalleled storytelling with the facts of the harrowing life of Robert Benoist.

Benoist, a French Grand Prix racing champion in the 1920s and of Le Mans in the 30s, became a British secret agent and saboteur in Nazi occupied France during WWII.

A work of narrative nonfiction, Doyle writes from the point of view of Benoist, placing you in the spine-tingling skin of a man who risked everything to rid France of the Nazi menace. 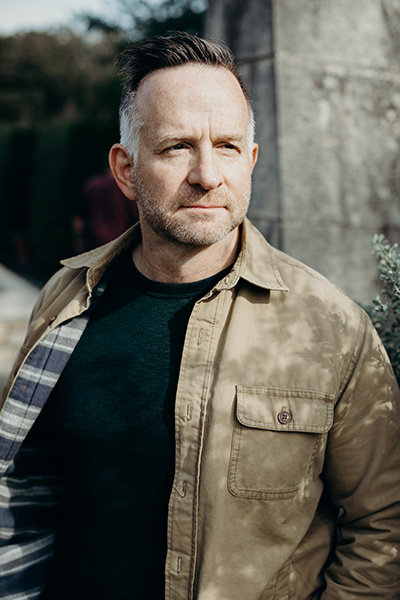